The future of Research Data in Catalysis

A fundamental, digital transformation in catalysis science, process and chemical engineering is needed to address current challenges and to derive the greatest possible added value from it. The need for a collaborative approach to exploit the full potential of data generated in catalysis research is detailed in the GeCatS publication “The Digitisation of Catalysis-Related Sciences“. The NFDI4Cat consortium aims to enable and accelerate a transformation from the current status to “digital catalysis research”. 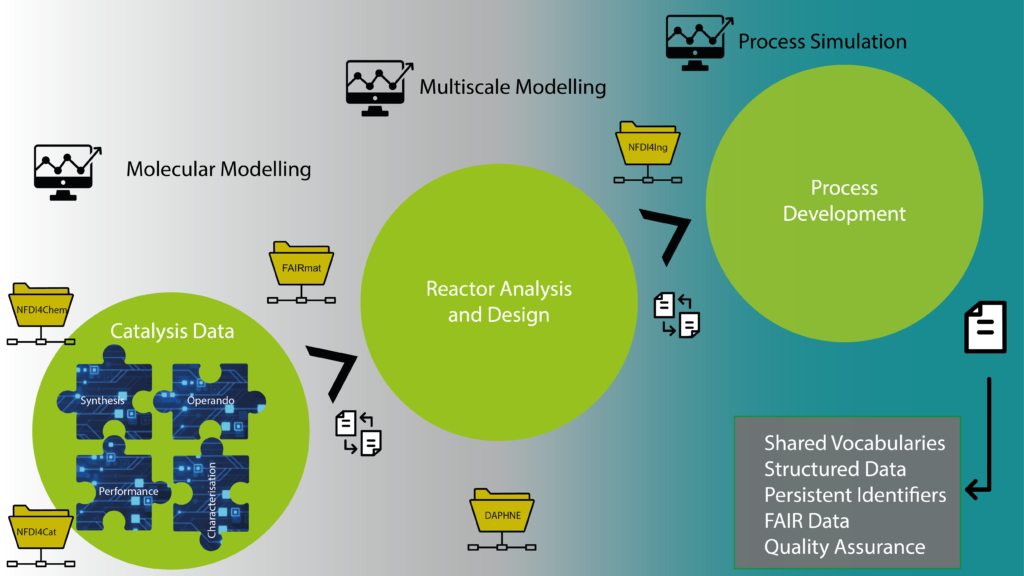 The crucial elements needed for “digital catalysis research” are the standardisation of concepts, vocabularies and data formats as well as the creation of networked information architectures that enable the storage and exchange of semantically rich data. These data infrastructures should enable the use of modern analytical approaches, especially with tools based on artificial intelligence.